Tomorrow night, Heroes on Deck will premiere on WTTW at 9 PM. The documentary explores naval training operations on Lake Michigan between 1942 and 1945. Pilots stationed at the Glenview Naval Air Station participated in this training program. The filmmakers provide unique insights into our area's naval history.

If you miss tomorrow night's showing, check the WTTW schedule for more air times.
at 2:10 PM No comments: 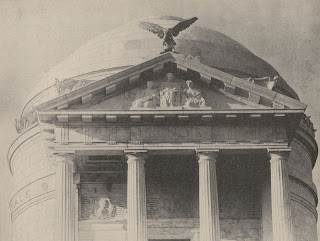 The Battle of Vicksburg began on May 18, 1863 and culminated with Vicksburg surrendering on July 4. Ulysses S. Grant's military campaign was one of the major successes of the Civil War. In 1906, The Vicksburg Military Park dedicated a memorial to the service of Illinois volunteers who participated in that campaign.

The Lundberg Collection contains the book Illinois at Vicksburg which was printed to commemorate the dedication of the Illinois State Memorial at Vicksburg. 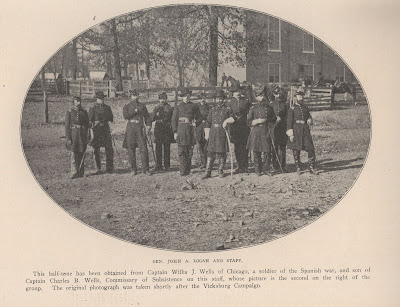 Illinois at Vicksburg describes Grant's campaign in detail and the aftermath of the siege. The volume also contains information about each Illinois regiment that served at Vicksburg. Each entry includes the regiment's history, its role in the battle and a roster of soldiers.

It's an interesting resource for anyone with Illinois ancestors who fought in the Civil War!

Archives in Chicago:
Archives of Czechs and Slovaks Abroad
A collection of materials and personal papers about the Czech and Slovak immigrant experience. Contains publications from communities across the US and also has information on thousands of Czechoslovakian refugees from 1940s.

Czech & Slovak American Genealogy Society of Illinois
The Society keeps a collection of books and materials for Czech & Slovak research. They are particularly helpful with research of immigrant ancestors in Chicago.

Online Research:
Czech Census Searchers
This site identifies all of the regional, district, and city archives in the Czech Republic and identifies the major records you can find in each archive.

Slovakia Genealogy Research Strategies
Explains how to find and use Slovak records.

Visit the WorldGenWeb pages for the Czech Republic and Slovakia. And the Foundation for East European Family History Studies is an excellent resource!

Census records are more than just a count of the population of a country or state on a specific date. They are also important genealogical records! Census records can provide many clues about your family history. Learn how to search these records on Wednesday, May 11 at 10 AM.